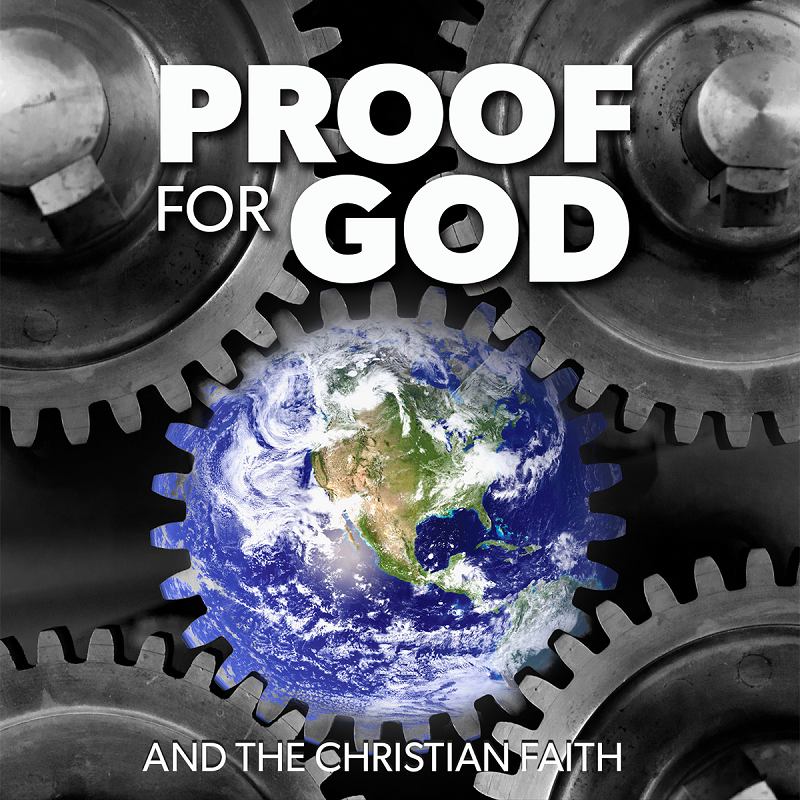 Does God exist? Is there proof for God? Follow Kyle Butt as he demonstrates the evidence for God from the areas of logic, philosophy, and science. Some of the most profound questions of life will be addressed, and deeper insight will be gained to increase your faith in God.

1. 6 Proofs for God's Existence
When we consider the most profound question of life, "Does God exist?" we should follow the evidence wherever it leads. In this video, Kyle Butt presents six powerful evidences proving God's existence, from the complexity and order of our Universe to the morality, free will, and reasoning in humanity.

2. What Caused the Universe?
What could have caused our Universe to exist? If every material effect we see has a cause, and the Universe is material, then what caused it to exist? Follow along with Kyle Butt as he presents both the atheistic and the biblical view for the Universe's origin. Kyle evaluates the logical and scientific implications for the Universe's beginning and our existence within it.

3. Looking Closer for Design
When we look at the Universe, do we see design in its structure? Since anything that is designed requires a designer, then design in the Universe would demand a designer. Join Kyle Butt as he discusses design, fine-tuning, and order in the laws and matter in nature.

4. How Did Life Begin?
How did life begin? If the Cosmos is all that there is, all that there was, and all that there ever will be, then how could life come from non-life? What does science have to say about this scenario, and what does the Bible have to say? Follow along with Kyle Butt as he discusses this profound question from both perspectives, including the implications from the proposed answers.

5. Free Will & Atheism
Does free will exist, or is free will an illusion? Do you have a choice to watch this video or not? If free will exists, then how does a naturalistic or materialistic worldview explain its origin? Join Kyle Butt as he discusses the implications for atheism and God from the existence of free will.

6. Faith & Reason
What is the relationship between faith and reason? Is faith a warm, fuzzy belief without evidence? Is scientific reasoning a contrast to biblical faith? Follow along with Kyle Butt as he discusses the intersection between faith and science in view of the evidence for God.

7. 6 Reasons NOT to Believe in Evolution
Some of the classic reasons given for you to believe in evolution are actually some of the best reasons NOT to believe. Follow along with Kyle Butt as he looks at vestigial organs and junk DNA, the fossil record and transitional organisms, genetic mutations, natural selection of peppered moths, and homology. Hear what evolutionists have to say about these reasons and how the evidence stacks up.

8. Vestigial Organs
Almost every outlet that claims to prove evolution uses an argument from vestigial organs. It says there are certain organs in the bodies of animals and humans that are left over from a precursor organism where that organ was useful. Does this idea help evolution or hurt it? In this lesson, Kyle Butt discusses common examples of vestigial organs and what the scientific community has about them.

2. 6 Amazing Scientific Facts of the Bible
The Bible has been accused of being an outdated book of superstition, written by people who didn't understand the scientific workings of the real world. This statement is patently false. The Bible does not contain errors or superstitious ideas, but it does contain scientific facts were written thousands of years before we in modern scientific times understood how important they were.

3. Scientific Foreknowledge of the Bible: Germs and Disease
You might not think that you need to go to the Bible to find ways that could potentially save thousands of lives. However, what we see when we turn to the Bible, especially in the first five books, is that the scientific foreknowledge that was given there was thousands of years ahead of the modern scientific understanding of how germs and disease are spread.

4. Scientific Foreknowledge of the Bible: Food Consumption
The United States has regulations put into place that help keep people alive by regulating what can be eaten, how it can be eaten, and how it is packaged. Did you know that the first five books of the Bible, written thousands of years ago, have something similar to the FDA's regulations? Through the Bible's scientific foreknowledge, the Israelites were provided with safe eating standards.

5. 9 Discoveries that Confirm the Bible
The Bible is the most historically accurate book ever penned. Hundreds of ancient discoveries verify its accuracy. In this video lesson, Kyle Butt presents nine of the discoveries that prove the Bible's validity and divine nature.

6. What about Contradictions in the Bible?
When you hold the Bible, you might think of it as one book. However, it is actually 66 books that were written over a period of about 1600 years and by at least 40 different men. And yet, all 66 books fit together like perfect pieces of a puzzle. Skeptics of the Bible have made the accusations that these books don't fit together and actually even contradict one another. Is this true?

7. 5 Prophecies that Prove the Bible
Everyone recognizes that if a person or a book could accurately predict the future and be correct 100% of the time, then that person or that book would have to have divine help. Did you know that there is a book that can do that? It is the Bible and it contains scores of accurate prophecies that prove it to be from God.

8. The Prophecy of Tyre
Most everyone understands that if there is a person or a book that can accurately predict the future, then it is super-human. It's simply something no human can do on their own. Through predictive prophecy, the Bible has proven itself over and over again to be accurate and therefore from a divine source. One specific predictive prophecy is of the fall of Tyre.